Puma Private Equity has completed a follow-on investment of €2 million euros into Ron Dorff, having invested €4 million into the fast-growing business in 2020. Aligning Swedish functionality with French style, Ron Dorff stands for upgrading iconic menswear must-haves, with a particular focus on underwear and swimwear.

The company has achieved significant growth since Puma Private Equity’s initial investment and aims to triple sales within the next two years. This latest investment will provide capital to support Ron Dorff’s expansion plan and growth of the brand worldwide, with particular focus on the US, which already provides 30% of the business’s turnover. Following the opening of a flagship store in New York in 2021, the company will open three further US stores in the next two years, in Los Angeles, Miami and Fire Island.

Ron Dorff’s growth has been impressive since its inception. The brand launched its e-store, rondorff.com, in 2012 followed by the opening of its first store in Paris in 2013. It quickly expanded with two concessions in notable Parisian department stores, followed by a second store opening on the Left Bank in 2017. Expansion into London in 2016 and Berlin in 2019 came as a response to strong customer appetite following sustained spikes in online and wholesale demand in Germany and the UK. In addition, the company has a committed omnichannel sales approach with rondorff.com selling to over 80 countries worldwide, six own-brand stores (including two in London) and a network of more than 70 selected high-end wholesale partners globally.

“We’re delighted to have Puma on board in this second round which will enable Ron Dorff to continue the US expansion which started last year with the successful opening of the brand’s first flagship store in SoHo.”

Digital channels will form a key area of Ron Dorff’s expansion, and already generate 60% of total sales. To meet this fast-growing demand, the business recently re-platformed its website to support its omnichannel activities and provide customers with a seamless shopping experience worldwide.

Ron Dorff has rapidly become one of the most respected premium bodywear brands, having been voted one of the best three swimwear brands in the world for men by Vogue Magazine, and one of the top-10 best underwear brands for men by GQ Magazine. It counts Michael Fassbender, Orlando Bloom and Alexander Skarsgard, amongst others, as brand ambassadors.

“Ron Dorff has gone from strength to strength following our initial investment in 2020. Its successful launch into the US market, a new store in London and a significant upgrade to the company’s e-commerce capability have all contributing to the brand’s success. We are delighted to continue our support for Ron Dorff with further investment and look forward to a prosperous journey ahead.” 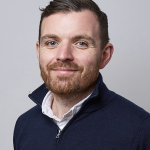